The overarching aim of this study is to define mercury (Hg) isotopic features of plants which have different photosynthetic pathways (C3, C4 and CAM) and to understand if different parts of the plants have different Hg isotopic fractionation behavior. For this, carbon isotopic values of terrestrial plants were analyzed which were used to determine the photosynthetic pathways of plants. Plants were sub-sampled into leaves, stems and roots and their Hg isotopic values were analyzed. Results showed that C3 and C4 plants exhibit mass dependent (even Hg isotopes) and mass independent Hg isotope fractionation (odd Hg isotopes). Both C3 and C4 plants are enriched in light isotopes, but the degree of mass fractionation is approximately three times greater in C3 plants, than in C4 plants. Hg in both C3 and C4 plants exhibit negative MIF isotope effect which reported as depletion “and no clear MIF effect. These findings suggest a connection between the Hg isotopic composition and the photosynthetic pathway. In addition, the leaves are slightly more fractionated than the roots. Differences in the degree of MIF between roots and leaves suggest that they obtain Hg from different sources. 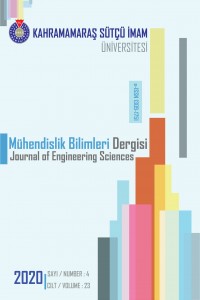